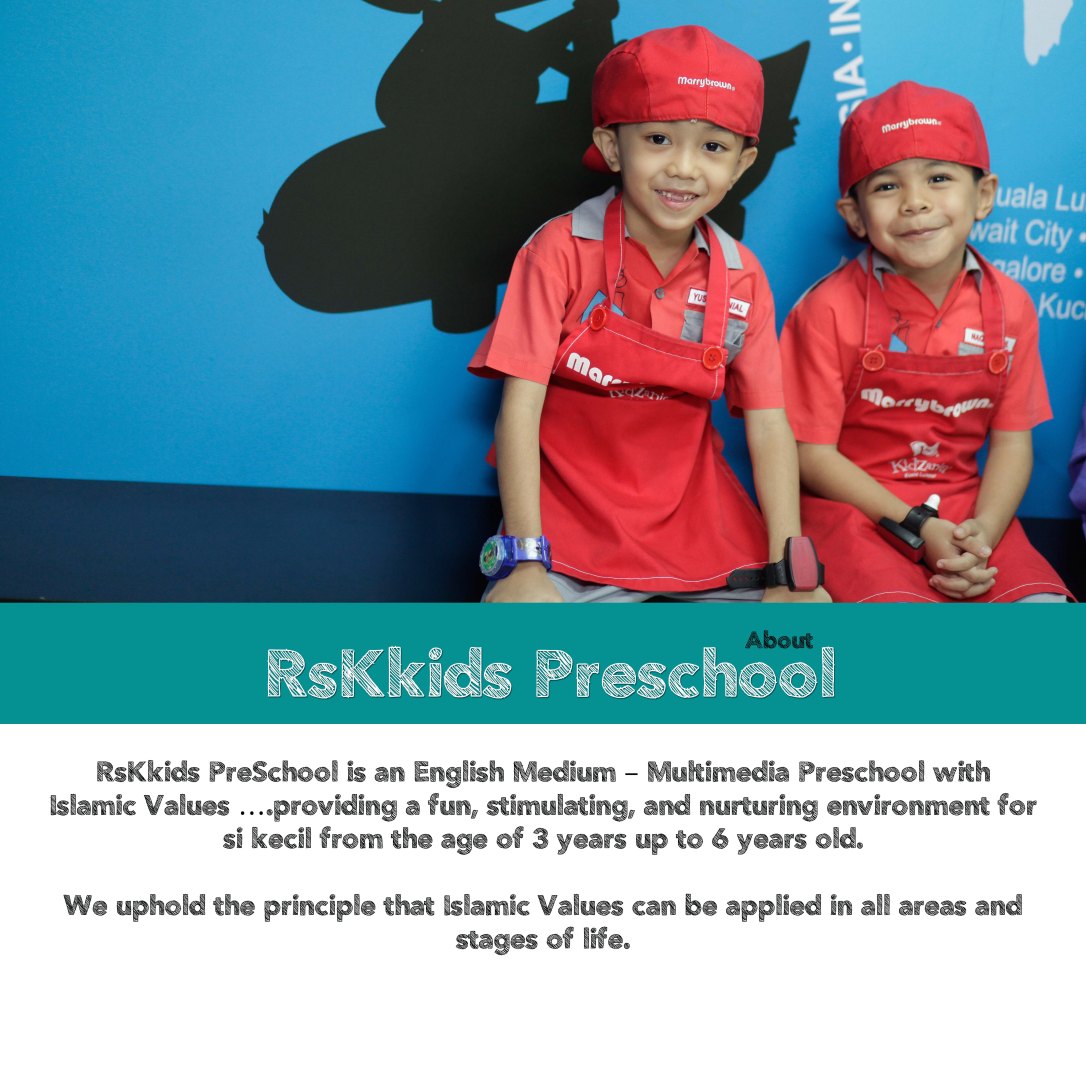 We started in Seremban with only 16 students back in 2003. Currently expanding and manages two preschools, one childcare centre and one primary school tuition centre. RSKkids is a small preschool in its own right; providing a happy, secure, enriched environment in which si kecil feel valued and have the self confidence to become life long learners.

2008 is a great year for RSK. RSK has received our first recognition for its 5 years of service. Unit Pendidikan Swasta, Jabatan Pelajaran Negeri Sembilan has awarded RSK, excellence in service (Anugerah Perkhidmatan Cemerlang) Benchmarked kindergarten for the year 2008. RSK is among 12 kindergartens in Negeri Sembilan to receive this award.

After seven years of operation in 2011, the management of RSK once again did a minor changes to its logo. Colours was added to alphabet r (red), s (blue) and k (yellow). The three colours represent three sports team in RSK.

The colours also indicated the famous short form [ RSK ] for the word RUMAH SI KECIL.  On the same year, we expanded by opening a tuition centre which specially caters primary school students.

E- Teaching was introduced in 2009 that provides e-learning programs that facilitate constructive learning, encourage practicing skills, and enhance learning at the cognitive level. The programs make use of a variety of media applications such as CD roms, internet and cabletv.

After successful completion of aSIS and multimedia learning, starting from 2015, RSK strenghtened our management brand  by adding the word ‘kids’ hence the birth of Rskkids brand.

In 2016, RSKkids manages another preschool in Shah Alam and Bandar Seri Sendayan

We are going expand our services to reach more than just early childhood education. It is a testament to our competitiveness, potential growth and persistence of the management to strive further in this field.